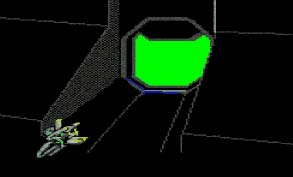 For centuries now the berserker machines had warred on Earth-descended man. Automatons loosed in some forgotten war, the machines moved as raidersthrough the galaxy, destroying whatever life they could find and overcome.

One such machine slid out of the interstellar intervals toward Duncan's planet, drawn from afar by the Sol-type light of Duncan's sun. To turn life into death was a berserker's function, and this sun and this planet promised life.

The berserker machine was the size of a small planetoid, and its power was immense, but it knew well that some planets were defended, and it bent and slowed its hurtling approach into a long cautious curve.

There were no warships in nearby space, but the berserker's telescopes picked out the bright dots of defensive satellites, vanishing into the planet's shadow and reappearing. To probe for more data, the berserker computers loosed a spy missile. 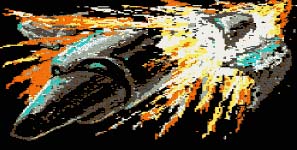 The missile looped the planet, and then shot in, testing the defensive net. Low over nightside, it turned suddenly into bright little cloud.

Still, defensive satellites formed no real obstacle to a berserker. It could gobble them up almost at leisure if it moved in close to them, though they would stop long range missles fired at the planet. It was the other things the planet might have, the buried things, that held the berserker back from a killing rush.

Also it was strange that this defended planet had no cities to make light sparks on its nightside, and that no radio signals came from it into space.

With mechanical caution the berserker moved in, toward the area scouted by the spy missile. 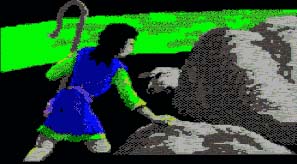 In the morning, Duncan counted his flock--and then recounted, scowling. Then he searched until he found the slaughtered lamb. The wolf had not gone hungry after all. That made four sheep lost, now, in ten days.

Duncan tried to tell himself that dead sheep no longer mattered so much to him, that with a sign such as he had been granted last night his life was going to be filled with great deeds and noble causes. But the sheep still did matter, and not only because their owners would be angry. 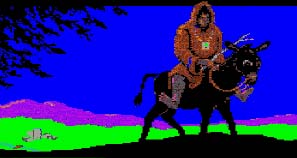 Looking up suddenly from the eaten lamb, he saw a brown-robed priest, alone, mounted on a donkey, climbing the long grassy slope of the grazing valley from the direction of the Temple Village. He would be going to pray in one of the Caves in the foot of the mountain at the head of the valley.

At Duncan's beckoning wave--he could not leave the flock to walk far toward the priest--the man on the donkey changed course. Duncan walked a little way to meet him.

"Blessings of Earth-land," said the priest shortly, when he came close. He was a stout man who seemed glad to dismount and stretch, arching his back and grunting. 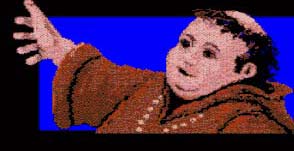 He smiled as he saw Duncan's hesitation. "Are you much alone here, my son?"

"Yes, Holy One. But--last night, I had a sign. For two years I've wanted one, and just last night it came."

"Indeed? That is good news." The priest's eyes strayed to the mountain, and to the sun, as if he calculated how much time he could spare. But he said, with no sound of impatience, "Tell me about it, if you wish."

When he heard the flash in the sky was Duncan's sign, the priest frowned. Then he seemed to keep himself from smiling. "My son, that light was seen by many. Today the elders of a dozen villages, of most of the Tribe, have come to the Temple Village. Everyone has seen something different in the sky-flash, and I am now going to pray in a Cave, because of it."

The priest remounted, but when he had looked at Duncan again, he waited to say, "Still, I was not one of those chosen to see the sky-gods' sign; and you were. It may be a sign for you as well as for others, so do not be disappointed if it is not only for you. Be faithful in your duties and signs will come." He turned the donkey away.

Feeling small, Duncan walked slowly back to his flock. How could he have thought that a light seen over half the world was meant for one shepherd? Now his sign was gone, but his wolf remained. 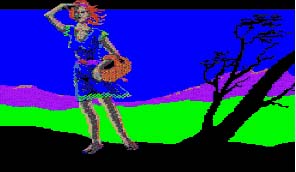 In the afternoon, another figure came into sight, walking straight toward the flock from the direction of Colleen's village. Duncan tightened the belt on his woolen tunic, and combed grass from his hair with his fingers. He felt his chin, and wished his beard would really begin to grow.

He was sure the visitor was Colleen when she was still half a mile away. He kept his movements calm and made himself appear to first notice her when she came in sight on a hilltop within hailing distance. The wind moved her brown hair and her garments.