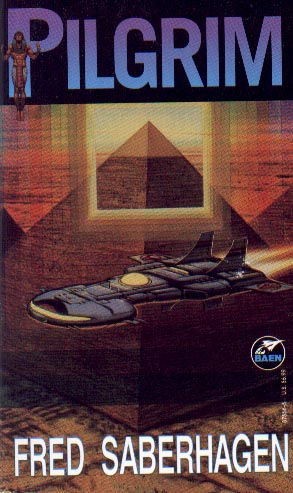 PILGRIM is a two part novel consisting of PYRAMIDS and AFTER THE FACT.

PYRAMIDS and AFTER THE FACT are available from Kindle, Nook, and iBook.

Who is Pilgrim? Tom Scheffler and Jerry Flint are going to find out the hard way, because the mysterious Pilgrim is going to have them fighting for their lives centuries, millennia before they were born. Pilgrim is a rogue time traveler, looting the treasures of the past and trying to change the course of history for his own ends. Tom finds himself back in a version of ancient Egypt where the monstrous gods of that time and place were all too real, while Jerry is trapped in the nineteenth century, trying to save President Abraham Lincoln from assassination. And even if the two hapless adventurers survive Pilgrim's deadly game, they have no assurance that they will ever see their own timeline again.

". . . a Machiavellian time travel adventure novel with captures and escapes and everything else imaginable." [Science Fiction Chronicle]