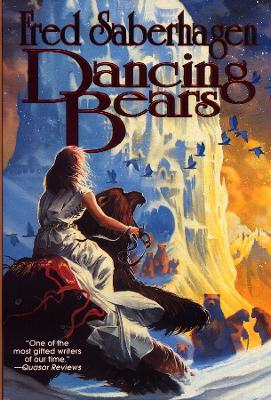 In 1906 much is changing in Russia, and on the huge Lohmatski estate a man-eating bear has attacked at least two men. When Gregori Lohmatski, an ardent hunter visiting London, receives the urgent summons home, he invites his American friend and fellow hunter, John Sherwood, to join him.

Russia is far stranger than Sherwood imagined. When he and Gregori arrive, they find Greg's father gone, apparently killed by the bear; his brother Maxim missing; his beautiful, revolution-minded sister Natalya barely evading the political police; and the loyal but superstitious peasants in an uproar.

The Lohmatski men, Sherwood learns, have long been pursued by rumors of their ability to change into bears. Maxim returns, but Greg is whisked away by the police, and Sherwood finds himself on the run with Natalya. From the Russian police. From Maxim, who is not quite what he seems. And from the fate that will inevitably follow Sherwood's wounding at the werebear's claws . . .

Saberhagen sets his imaginative historical fantasy in imperial Russia, about 1908-1909. Gregori Lohmatski invites John Sherwood, a young American big game hunter, to hunt a man-eating bear on his estate. When they arrive, the friends discover Gregori's father dead, his brother Maxim missing, his sister Natalya wanted by the secret police, and the peasants frightened out of their wits. No sooner does Maxim return than Gregori is arrested, and John and Natalya must flee to an old Lohmatski estate in Siberia. The secret behind all the frenzy lies in the tradition that the Lohmatski men are werebears, and the pursuit of this secret leads to a dazzling clilmax in an ice palace in the Far North.

Saberhagen's command of his chosen material is thoroughly competent, and although the story could be a bit livelier, few readers will turn it down on that basis. -- Roland Green.

Fred Saberhagen’s Dancing Bears is an exciting tale of an American hunter chased across pre-revolutionary Russia by a noble with the ability to turn into a bear.