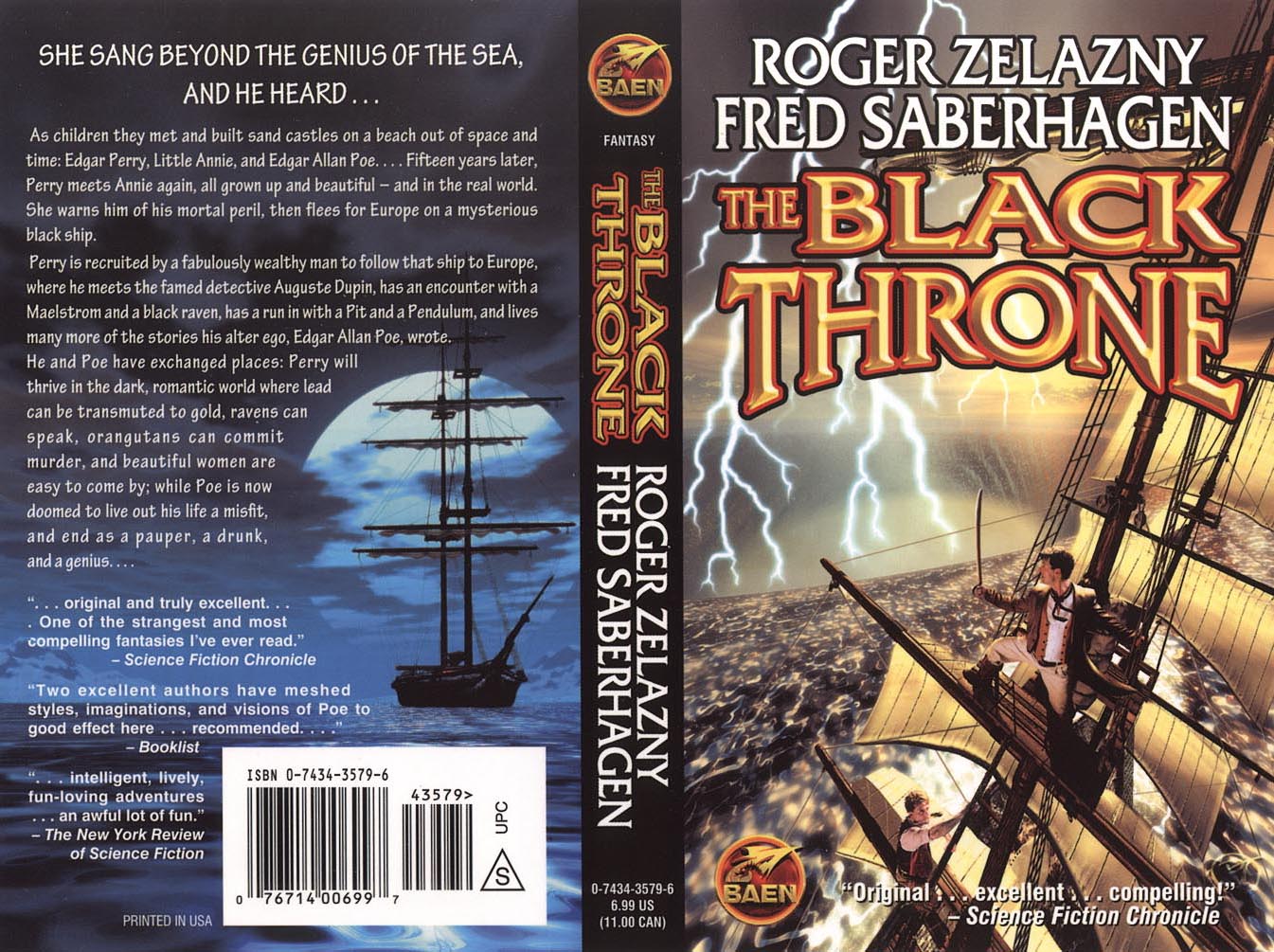 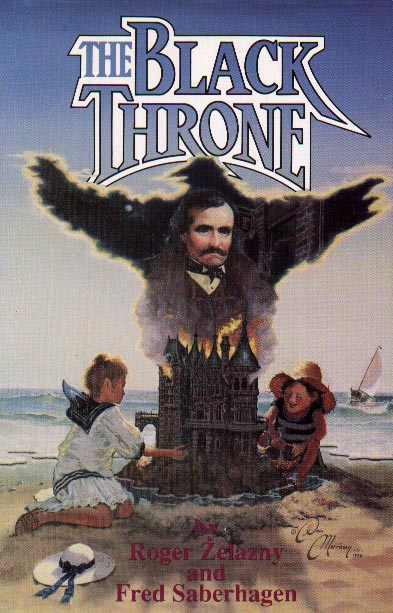 "There's something peculiar about this," he said, " I was having a dream this morning before I came walking here, before I found this place --"

"I hope I'm not still dreaming."

"It feels a little strange, though," Allan said, "as if it's real in a very special way."

When Edgar Allan Poe and Edgar Allan Perry first stumble out of the mists and onto little Annie playing on the beach, all three children assume they are in the midst of a perfectly wonderful dream. Young as they are, they realize there is something magical about their encounters, which occur repeatedly over time. But the childhood dreams become an adulthood nightmare when the grown Perry sees Annie hustled away in a coach. In his mind he hears her call: "Eddie, Help me. I fear that I am drugged. I believe they mean me harm . . ."

Annie -- whose exceptional psychic ability draws the two Edgar Allans to her -- has been taken prisoner by the unholy triumvirate of Goodfellow, Templeton and Griswold, who plan to use her mesmeric ability to force open the mind of a famous scientist and steal the secret of alchemy.

As they find themselves mysteriously manipulated out of their own worlds and into one another's, Perry, Poe and Annie struggle to make sense of the unfamiliar.

Annie, although under the control of ruthless schemers, uses her talent to maintain the link between herself and the two Edgar Allans.

Poe, dangerously disoriented, runs the risk of drinking himself to death in a world where alcohol is consumed in prodigious quantities.

Only Perry remains free to act, sailing about the world in hopes of rescuing Annie -- with the assistance of an orangutan named Emerson, the midget Dirk Peters, a psychic talking corpse, a mesmeric nurse . . . and the peculiar dreams of Poe.

A combination adventure and love story -- with an ingenious psychic twist -- in THE BLACK THRONE, Roger Zelazny and Fred Saberhagen have created a fascinatingly original alternate history that is not to be missed.

Poe, Anabell Lee, and Perry have their destinies intertwined in a mysterious way. Poe and Perry are from different universes, but from time to time find themselves together with Anabell. Other times they communicate by extrasensory means. Strange happenings cause Perry to wind up in Poe's native universe, and Poe ends up in Perry's universe. Perry's world is our world. Poe is in no way naturally suited for our world. Poe's world is a strange and magical alternative. Perry tries to rescue Anabell from villians of the alternate world. [lThe Geis Letter #4]

A brief excerpt from chapter one

THE BLACK THRONE
by Roger Zelazny and Fred Saberhagen

And he staggered through the fog, seeking her, uncertain how he had returned from Fordham to thekingdom by the sea. Perhaps the air would clear his head. There was a gap somewhere between events. The Valentines had been kind, as had Mrs. Shew. But the break in consciousness between that then and this now was so strange a thing as to deny the touch of reason. There was a gap—yes! a black chasm—somewhere at his back, a thing profound as death or sleep. Yet he could not be dead, unless to be dead was to feel as if one had been drinking. He massaged his heavy brow, turned slowly and looked back. The fog prevented his seeing where he had come from, beyond a half-dozen or so irregular tracks. And he knew as he considered them that he was incapable of retracing them. He stood swaying, listening to the sea. At length, he turned again, continued what he knew to be his course. This was a special place, a place where holidays of the soul were celebrated. Why now? What now? Something was denied, something withheld. Like a word at the tongue's tip, the harder he tried the more difficult it was to recall.
He reeled; once, he fell. Truly, he could not remember whether he had taken a drink. He suspected that he had, though its occasion eluded him. The waves came louder of a sudden. The sky was darker than it usually was here, behind the fog. He brushed sand from his trousers. This was the place, yes. . . .
Stumbling forward now, his head cleared and the grief assailed him, fresh, heavy, overwhelming. And with it, he suddenly knew what he would find, with but a little more persistence. He turned inland, and after but a few paces a dark bulk loomed.
The ground rose, grew less sandy though the voice of the sea lost nothing of volume. His step grew steadier as he exerted his will. The massive shape before him diminished somewhat. Its lines grew clearer. Eyes blazing, jaw tightening, he hurried.
Arriving, he put forth his shaking hand, slowly, to touch the cold, gray stone. Then he sank to his knees there on the threshold, and for a long time he remained unmoving.
When finally he rose the sea was sounding even more loudly at his back and its crumbling fingers had touched his boot. Without a backward glance he reached for the black iron gate, unlatched it. He pushed it open and entered the place's damp interior. He rested long amid the shadows then, listening to the sea, to the sounds of birds in their passage.
It was later, much later, in another place, in something like tranquility, that he wrote, "I was a child and she was a child, in a kingdom by the sea. . . ."
Downward to the shore. . . .