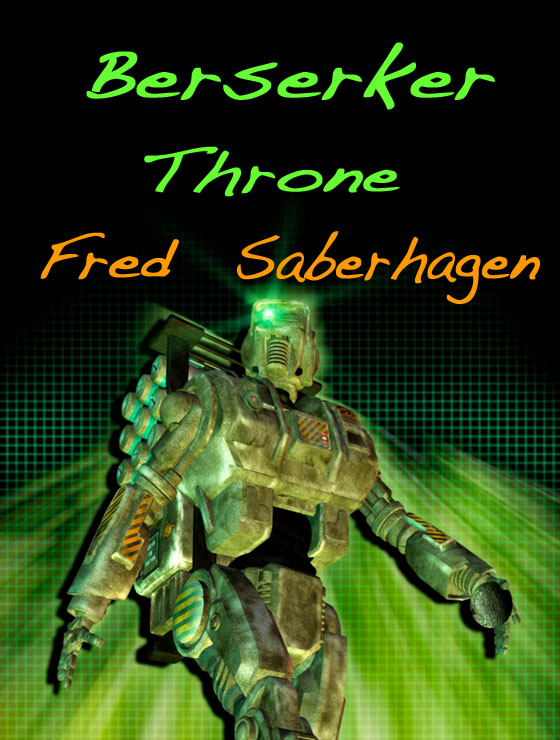 Available in e-format from Kindle, Nook, iTunes, and Kobo.


The Empress of the Eight Worlds has been assassinated during the Holiday of Life festivities on the planet Salutai. Prince Harivarman, exiled and a virtual prisoner on the Templar Radiant, a vast spherical fortress constructed around an ancient, benign, star-like source of inverse gravity, suspects that he will be the next victim. Help is scarce: Garielle, the Prince's stunning redheaded lover, fears for her own safety. Anne Blenheim, the fortress's clear-eyed, fair Commander is favorably disposed toward the Prince, but her first responsibility is to the Templar High Command. Beatrix, the Prince's dark, iron-nerved yet seemingly demure wife, has already left him once. And Chen Shizuoka, the Templar recruit who has stayed a demonstration on Harivarman's behalf during the disastrous celebration on Salutai is being stalked by planetary security forces.

When Prince Harivarman discovers an operable Berserker--one of the asteroid-sized, spacefaring war machines that had destroyed their makers and all other life they found in their path--his first instinct is to turn it in. But then he finds an ancient code that will either allow him to control the dreaded machine or lead him--and everyone else on the Templar Radiant--to certain death.

. . . stunning plot twists and rich descriptions of the sophisticated and somehow desolate Templar landscape. The harrowing climax, set in the fortress's outer reaches where walls have been inscribed with a mysterious forgotten art form, will surpass the expectations of veteran Saberhagen fans and delight all those lucky enough to be savoring this author's otherworldly talent for page-turning suspense for the very first time. This fascinating journey is intergalactic travel at its most exciting.

In this novel, the assassination of the Empress of the Eight Worlds suddenly puts exiled Prince Harivarman into jeopardy. His desprate need to escape his murderous enemies undermines his judgment when he finds a disabled berserker and thinks he has cracked the control code of this self-replicating mechanical race that obeys a single directive: to kill all living things. --Publishers Weekly


Taken from CHAPTER ONE


Around the green and lovely world called Salutai, the sky was clear of terror, as it had been now for many years. Today the planet's dayside sky was almost clear of clouds as well, and at midday the face of the land beneath it blazed with the thousand colors of midsummer flowers.


It was the Holliday of Life today on Salutai, the planet's greatest yearly festival, and at the meridian of noon the central procession of the festival was passing through small town streets strewn with fresh-cut blooms.

Through this particular small town ran many canals. They were clean, open waterways, and almost as numberous as the streets. And today in the canals as in the streets of Salutai the masses of summer blooms were prodigally distributed, those on the water floating and drifiting in the controlled current. The streets and canal banks adn buildings of the town under the noonday sun echoed with celebration, with ten kinds of music all being played and sung at the same time. The buildings, streets, canals, as well as the people in them and on them and the living plants that made archways above, were all mad with decorations.

At the center of the slow-moving ceremonial procession crept the broad, low, bubble-domed groundcar in which the Empress of the Eight Worlds was riding. The parade extending ahead of her car and behind it was not really very long,but it took its time, so that everyone in the twon who wanted to see the procession and the Empress at close range had a good chance to do so. And there were many, in this town and across the planet, who did want to see. The crowds, here on Salutai composed exclusively of Earth-descended humans, cried the name of their Empress in several languages, and some of the people in the crowd waved petitions and raised banners and placards, promoting one cause or another, as her clear-topped groundcar crept past.

Though the procession was not moving with much speed, neither was the town large. The sun of Salutai was still very nearly directly overhead when the central groundcar and its escort of marchers and other vehicles emerged from the confinement of the old town's narrow streets, and entered abruptlyinto a countryside that was approximately half in well-managed cultivation, half still in what looked like virgin wilderness.

As the short parade left the last of the hard-paved streets behind, the crowds surrounding it grew no less, but rather greater. Here, amid a vast, parklike expanse that provided more room in which to assemble, a larger throng was waiting. This crowd was made up partly of government workers and dependents drafted into action and tubed out from the nearby capital city; still, most of the people had come here freely, to cheer a monarch popular enough to draw spontaneous affection from many of her people.

Here a substantial minority of the crowd had in mind other things besides the offer of uncritical affection. Live news coverage of the procession wasnotably absent, but still there were occasional protests. Whenever these protestors and placard-bearers grew too numerous or noisy, security people in uniform and out appeared in sudden concentration, moving to break up the gatherings as gently and as quietly as possible. There were noinjuries. The people of Salutai knew a long tradition of courtesy, and they were almost universally unused to the organization of violence, at least against their fellow humans and fellow citizens.