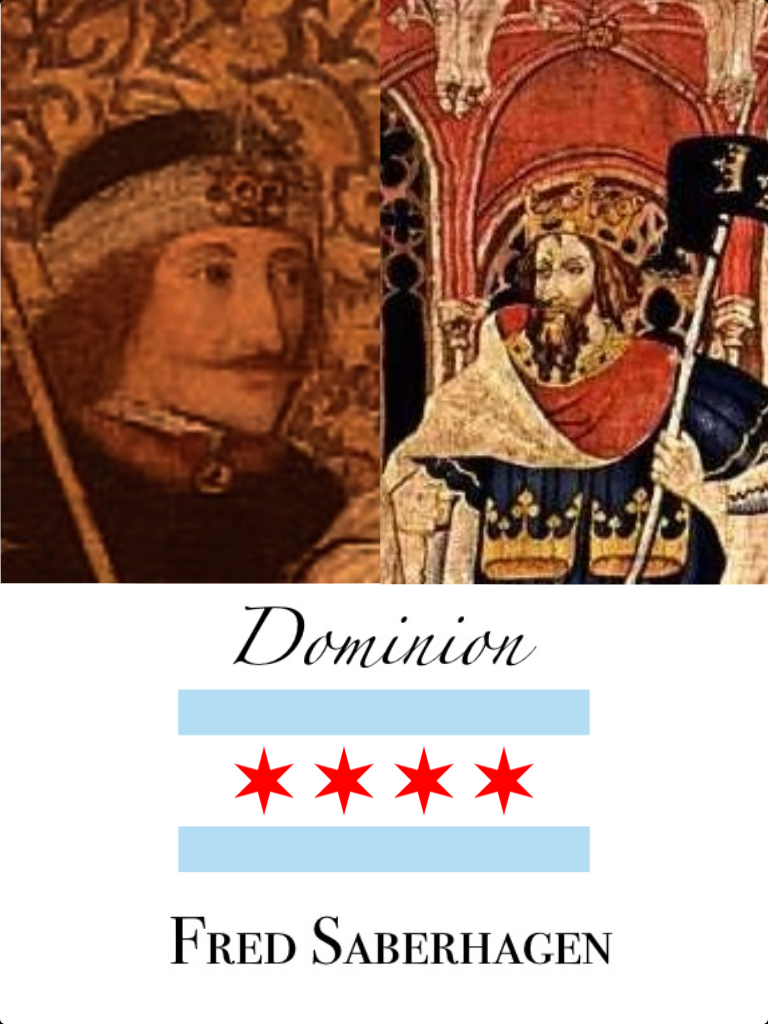 Available from Kindle, Nook, and iTunes

Vlad Tepes has roamed modern America without fear -- until now. He is no longer the only immortal in Chicago...

Two ancient, ruthless beings, locked in a struggle for the ultimate magic Weapon, have brought their blood-feud to his city. They will destroy any living thing in their path to possess this Weapon -- but first, they must find it. And Dracula must prevent that at any cost.

All yesterday's dead men, and the dead horses too, were slowly becoming visible in the predawan light that came staining slowly across the field. Instead of blackness, the sky was the color of nothingness now. The leader realized that he hadn't slept at all, hadn't even taken off his armor. No matter; his next sleep was likely to be long enough.

Out of the mist on his right a figure materialized, and he turned to face it, donning out of habit a leader's confident smile.

"When'll we fight again, sir?" the man asked after a silent pause. A useless question, of course. But something to say.

"As soon as the sun's well up." A useless, unnecessary answer, too, though in his practiced leader's voice it sounded like some decision that he'd just confidently taken.

"There's a many of 'em, sir." Through the opaque grayness that still hid the enemy camp, some hint of their numbers could now be heard in morning stirrings.

"Aye, and few of us." Thank all the gods, he had no need to make a rousing speech now. He and the men who still remained with him were past all that. Any who were not bedrock firm in loyalty had long since gone. He'd say a few words of thanks to them, if he was given the chance. "Go rouse the men. It won't be long now. Stay--see that the wounded are all armed. We can retreat no farther, with the lake behind us, and none will choose to be taken prisoner, I think. Not by Comorr, and Falerin, and . . . and then bring up my horse."

Now, for a little while, the leader stood once more alone. His own wound, he thanked the gods, was in his left arm and not his right. He'd still be able to use his sword to good effect when the time came. Soon now, probably no time for even a sppeech of thanks. No speeches and no agonizing over plans. Planning, along with hope, had vanished sometime yesterday. No, days ago, when the man who was his true right arm had . . . gone away.

No, he thought again. Months before that, really. There had been no real hope since that same man had been disabled, since -- as he'd put it himself -- the great stone had come down upon him.

Over there beyond the mist, across the field, men were shouting, taunting, laughing confidently. They knew he hadn't managed to get the remnant of his army away during the night. Their own skilled magicians had seen to that. Now they were already mounting horses over there, ready to begin what would be a slow, confident advance.

That great, damned stone, months past, had crused all hope. Now the leader had nothing to do but wait . . .